Read These Facts You Wont Believe It

Living in Costa Rica has brought our attention to caring for the environment. Visiting rural villages and seeing smiles and laughs constantly has brought our attention to the idea of living simple and being happy with what you have. The environment is not only our office down here but it is a resource for so many different things that we have to protect and use correctly. An interesting question you can ask yourself is about the recession we were in. Yes, there was the fault of maybe good or bad politics but we can not always point fingers. If we as humans (not just Americans Im talking about the whole planet) lived more simple we would not be having the financial crisis we have today. Our aim is to fix the crisis so we can go back to living the way we were living. If we want to leave something for further generations lets leave simpler habits of living and let mother Earth take care of the rest. Take a look at these everday facts and see that living simpler is the best business on Earth. 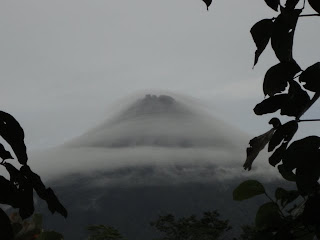 If every sporting fan picked up and properly disposed of just one piece of litter per year, more than 1,480 tons (185 garbage trucks) would be removed from trails, beaches, rivers, forest, and other fragile ecosystems.

Dont take an ATM receipt. If everyone in the United States left their receipt in the machine, it would save a roll of paper more than two billion feet long, enough to circle the equator 15 times.

The average family around the world has 127 items in their home. An average US home has beween 2,000 - 5,000 items. Our planet makes 1.5 billion tons of household waste every year which is 3 times as much as the total weight of every person on the planet.

If every coffee drinker in North America made just one less cup of coffee per day we would save enough water over the course of a year to provide 2 gallons of water to the 1.2 million people who do not have access to water.

Schools use more than $6 billion dollars in energy with $1.5 billion wasted on A/C or heat running while nobody is in the classroom. If this was controlled schools could save enough money in one year to hire 30,000 more teachers for one year (these are jobs Americans can use).

Use e-tickets when traveling by air. As much as $3 billion dollars could be saved by the airlines each year (which is money they could use to hire more people at the front desk so and find pilots that dont fly drunk). If everyone used e-tickets we would save enough paper in one year to give all of India boarding passes (India is a pretty populated place).

These simple facts where taken from "the green book" which is the New York Times Besteseller written by Elizabeth Roger and Thomas M. Kostigen
LET'S START PLANNING YOUR TRIP
Click Here or Call Today: 1-855-CRR-TOUR